Hope Rising on the Streets of San Bernardino 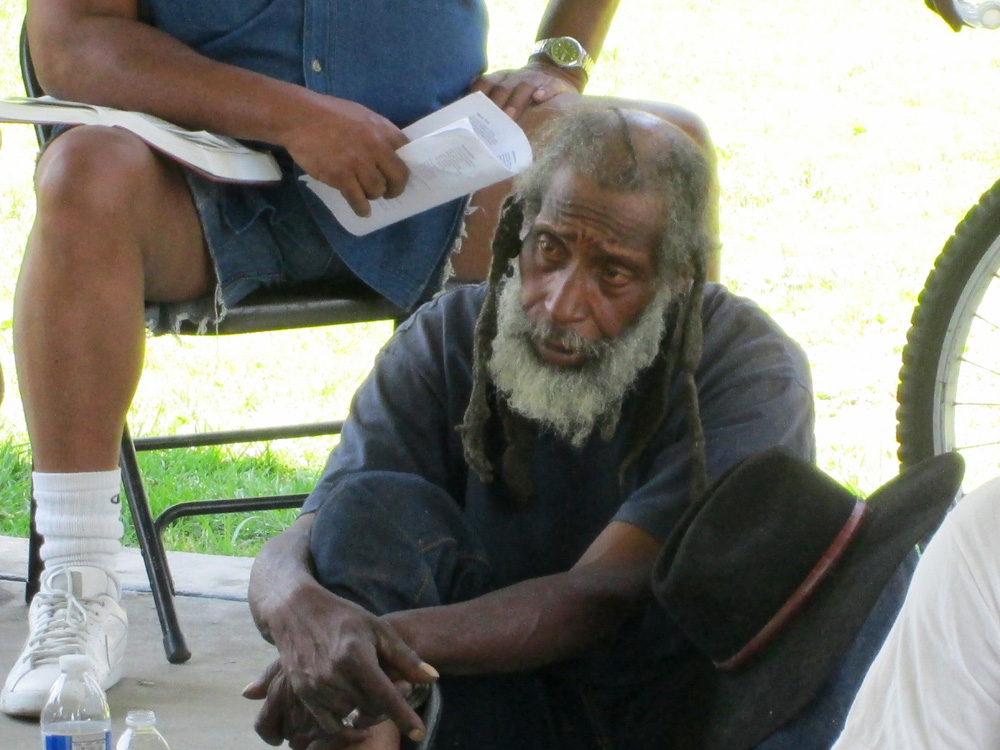 MAY HOMELESS OUTREACH RECAP | The Lord moved in a mighty way at the May 17 homeless outreach in San Bernardino, Calif. For the first time in years, we began to see hope on the street. People are looking to the Lord for their needs—and asking for specific help from the outreach team, prayer warriors and the Lord.

This occurred despite some ups and downs on the streets. We celebrated the joy of one couple—they are about to become parents (she is six months pregnant)—that is now off the street and in a program that may lead to work and permanent housing. They contacted us in late March and we were blessed to find a residential program in Riverside that could help. But, we also learned of the death of Don, a long-term homeless man (who, praise God, was a brother-in-Christ) and about a woman who lost her apartment and is now living in her vehicle.

The low-income residents who attended advised that they are seeing more homeless in the park, and that times are hard, very hard. Yet, in the midst of their struggles, both those in the low-income apartments and those living on the street are looking to the Lord and expressing heartfelt thanks to those who are praying for them and helping them in their time of need.

We distributed bottled water (it was 90+ degrees outside),  20 hygiene kits, 35 food cards, 15 Gideon Bibles and multiple boxes and bags of clothing. As a special treat, all the mothers in the group received pen flowers, created and donated by Judy, one of our Street People volunteers.

Thank you to volunteers Paul, Christine, Leslie, Koren, Josh and Pastor Bill for all your hard work. Thanks also to Crestline First Baptist Church, mountain-area churches, Gideon Lake Arrowhead Camp, Trust One Components, and Aaron and Kathy Creighton for supporting this ministry.