Moved by Compassion, Empowered by Love 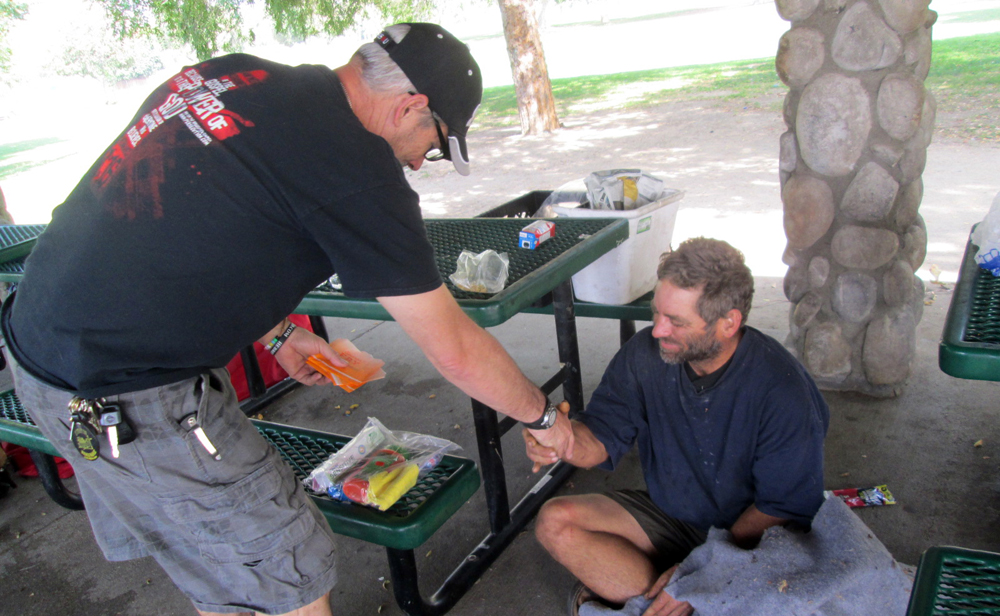 AUGUST HOMELESS OUTREACH RECAP | We arrived at Wildwood around 9:30 a.m. Aug. 27 only to find it empty. The prevailing rumor from a local business was that city officials had conducted weekly sweeps to chase off the park residents, and we wondered if their efforts had been all too successful.

We decided to still pray and praise God and see what the Lord would do.

We didn’t have to wait long.

Two police cars drove in and dropped off a new park resident (kind of ironic in light of the weekly sweeps). The officers lingered for about 20 minutes, then drove off. Next we encountered three men who had been sleeping in a nearby gazebo, carefully concealed from sight. 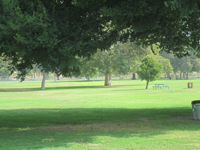 The park was empty when we first arrived. City officials were rumored to have done a recent sweep.

We prayed with them, and gave them much-needed hygiene items, water, socks, Bibles and food cards. One of them, Tom, greeted us kindly but protested that he didn’t “believe as we do” in Jesus Christ.

He said he was a Buddhist who did not believe in salvation through the cross but rather a works-based process, involving a series of lifetimes in which we pay for our misdeeds and build a portfolio of good works till one day we could live in a spiritual paradise.

Despite our differences in beliefs, we talked openly—not as those representing a religious movement or private agenda, but as people honestly sharing our beliefs and respecting each other’s views. He was very gracious and a devout seeker of truth, willing to open to Jesus if he found Him to be truly who the Bible says He is. 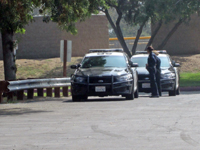 Police officers lingered in the park for about 20 minutes.

We prayed for God’s revelation in his life and for a life-changing encounter with Christ. It is our hope that we will hear a future praise report about what God does in and through this man’s life.

By 11 a.m., the park filled to about 20 people who had simply been away on 40th Street. The Hagar-Torres family also joined us, generously sharing first aid supplies and other items with the park residents.

Together we ministered to the gathering of people experiencing homelessness in and around the park. Along with prayer, there was much love given and received. One man wept after being hugged. It had been a very, very long time since he had felt human touch and compassion. 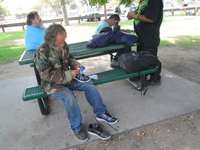 The Lord moved gently and mightily, and we learned lessons about the importance of simple human contact. Although we may not be able to shift someone off the street in an instant, we can share the love, compassion and hope of Jesus Christ so they can get through another day or week or year.

And, often, that is enough.

Thank you to everyone who supports our outreaches. You are all so vital to this ministry, whether you serve as a prayer warrior, volunteer or donor. A special thanks goes out to the Darin and Lori Anderson Foundation for their recent gift in support of our homeless and prison outreaches.

If you have not participated in this ministry, but feel called to do so, please consider volunteering, donating  or pursuing one of the many other ways you can help.